Who We Are: Faculty Spotlight

Who We are: Faculty Spotlight

I love the first week of school with all the eager anticipation it brings.  As teachers and students, we know just a little about each other from recess, older siblings that are Crusaders, or maybe a short meeting during a campus tour.  When I ask students on the first day of school what they know about me there a few answers that repeat:  soccer, chess, and that practice makes progress.  I’m also a daughter, sister, a wife to an outdoor adventure seeking husband, mother of one fine young man, and a Christ follower. 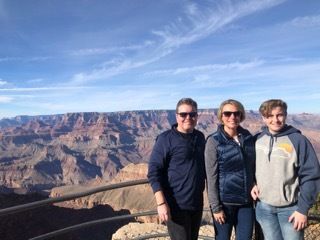 Persistence and the power of practice didn’t really resonate with me until college.  Maybe that is why I talk about it so much with young students.  I insist my students use the word ‘yet’ to finish their sentence.  “I don’t know how to do this… yet.” That small word insists we continue to wrestle with the problem in front of us.  I had to plug into this determination when I finished my master’s degree when Jackson was in Kindergarten.  It was not easy to balance the responsibilities of a family and being a full-time student.  Those days were tough, but looking back, I’m most proud of the persistence it took to reach that goal.

Growing up, my brother and I could count on a few things that didn’t change: dad was commuting to Boeing before we were awake, our family of four went to church on Sunday and Wednesdays, and dad’s chess board was on the table right after dinner.  Many years later, I found myself working for Chess4Life teaching chess to preschoolers.  For the last three years I’ve been writing and presenting chess curriculum that is being used in Washington Head Start and ECEAP classes, as well as around the country.  I don’t always win when I play, but I always learn.  Doesn’t that sound like something a soccer coach would say?  Well, we did that too. 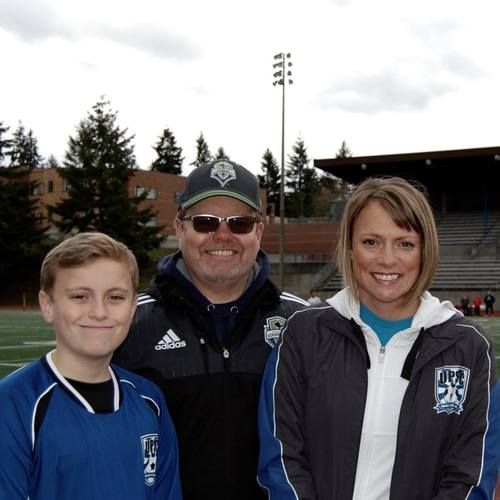 Jackson introduced us to soccer very early on.  He joined an indoor soccer team as a kindergartner, and he hasn’t stopped kicking a ball in and around our house.  For six years, Patrick and I coached the team Jackson played on in University Place.  As coaches the competition of games stressed us out but we loved practice during the week.  Watching young players grow in skill and learn to trust each other was very rewarding.  We asked our players to play with integrity.  Jackson joined the TBS soccer team as a freshman, Patrick and I couldn’t be happier.  Don’t get me wrong, we loved coaching in University Place, but we couldn’t verbalize that our Christian values were the basis for our coaching expectations.

TBS has always been part of our family.  My parents made it a priority that my younger brother and I attend a Bible based school.  Phil and I are both “lifers.”  We were on the class list as kindergartners and then moved the tassel as graduating seniors.  My parents knew that as kids, we needed to hear a similar, Bible based message from our teachers, coaches, and pastors.  The outside influences were all reinforcing our family belief system.  Patrick is a proud Lakes Lancer and our original plan was for our son to attend the best public school in the area, so we moved to University Place.  Jackson attended school there for several years, until God moved us.  At the same time Jackson was attending public school, I was teaching at a local independent school.  The curriculum I was required to teach, and the working environment were both mirroring the selfish and sinful world.  God moved me out of that school and placed me in 5th grade at TBS.  Jackson visited shortly after and we haven’t looked back, except to give thanks for God’s hand in our lives. 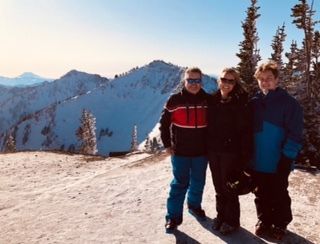 Posted in About, Who We Are
Tagged with #education, #privateschool, #facultyspotlight

You are amazing Jill! We are blessed and thankful to have you at TBS! Thank you for who you are, your caring and faithful heart, and for all that you do!

You are the best Jill!

We are very blessed and grateful for you taking such a crucial role in our children’s lives. Thank you for sharing your story.

I’ve said it to many people, many times! Jill is a master teacher with one of the most well-managed classrooms I’ve ever been in, and I’ve been in a lot of classrooms! TBS is blessed to have teachers like Mrs. Downey who love the Lord, their students and their calling!

WOW. Just WOW Jill! You continue to amaze me. As someone already wrote you are a master teacher. And now I learn you are also a gifted writer. Thanks for daily inspiring me to be a better teacher. I thank God for bringing our paths together again after 25 years. Blessings!

About
Academics
Bible Department
Who We Are